The night before travelling from Kuala Lumpur to Penang I could feel myself deteriorating. I was getting a fever again.

I couldn’t put off my trip because I’d pre-booked a hostel in Penang and had so many good things about the food. So I picked myself up along with my 15kg bag and I headed off to find a bus to get me there, I didn’t have a ticket at this point.

In my hazy state I somehow agreed to buy a bus ticket from a random seller man in pink shoes on the street – but this ticket was cheaper than what I’d seen online so I decided to risk it and just hope it got me to the right place. 6 hours later I arrived in Penang!

After arriving in a random place out of the city I jumped on a bus to Georgetown (my destination) but then dropped off somewhere no where near my hostel. After attempting to ask for directions and trying walk the 2k I decided to jump in a taxi. I needed a bed, I needed to rest my hazy head. I did not feel well at all.

I arrived, checked into a 4 dorm room with no one else in it and that night I slept better then I had in a while. At this point, I hadn’t eaten or slept well in a few weeks… I’m just not taking to the food anymore but I was doing my best to force myself to eat for energy. It’s really annoying being ill away because it gets really lonely and at the same time you really don’t want to socialise. 😦 I had definitely hit a low point on my trip because all I wanted to do was go home. I even looked up the cost of flights, but I knew I’d be stronger if I just got through this.

The next day I had to move rooms (to a cheaper room) so I had to get out of bed and checkout. I decided to have a wander around and explore Penang.

There are many good things Penang is known for one is the good food (I hope so! I am wasting away) and also the street art. There was also a lot of sweet little cafés, one where you have to spend a minimum of £3 to drink tea with cats. Another one takes a picture of you and they put you in the foam of your coffee. Madness (so of course I had one!)

I had 150 RM left (£28) and I was determined to make this last 4 days including 1 extra night accommodation in Penang, bus travel back to KL, bus travel to airport and food and drink! It could definitely be done. I’m avoiding ATMs, not because I’m worried I’ll lose another card but very time I withdraw on my credit card Nationwide charges me £5. My own fault for losing so many cards, but still!!

In the Ryokan hostel where I was residing in Penang, there were only Malaysian people so I didn’t really meet anyone. Also I don’t think anyone wanted to befriend the sick girl. But that evening a Swiss guy called Ilja checked into my room so we planned a say exploring the following day. Ilja was very sweet and takes 3 weeks off every Christmas to travel. He seemed like he knew a lot about Penang so it least I could stop thinking and just follow.

The next morning he made a comment on how many bites I had. I do, they just love me! Then as I started talking about my fevers and Ilja probably should have stopped talking at this point. 😛 He started talking about Dengue Fever and how you never know if you have it but the second time you get it… you can die. There’s no treatment. Great. Ok. I’m going to get tested then, today! I just wanted to be safe than sorry.

So I spent the day in a general hospital. First mistake… I forgot my passport. I didn’t know my address in Penang and there was no wifi. Balls!! Thankfully Ilja came for support so I eventually sorted everything with a few phone calls to the hostel using his phone. I’m an idiot, I’m losing my mind. However the service at this hospital has to be applauded, it was very organised and it only cost 15RM (£2.50) to see a doctor, have a blood test and for all my medicine. Bargain! I didn’t have to wait long at all for a doctor, blood test was minutes later and you wait an hour for the results. I was very well looked after.

So after seeing a doctor she confirmed my high fever but said good news I didn’t have Malaria or Dengue but I did have a virus most likely from street food. She gave me 4 types of medicine and advised no street food, no experimenting with food, no alcohol and take the next few days/weeks easy. She said to be prepared to feel weak and very sad for a few weeks.

Following this I tried to see as much street art as possible but eventually my body gave up and I was back in bed. Penang is a cool place to look around and there’s a cool night food market but other than that I didn’t get a chance to do much else in the area. 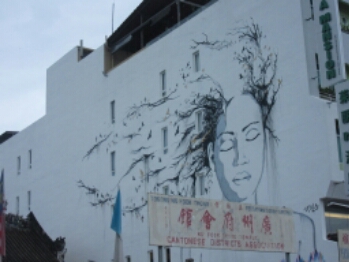 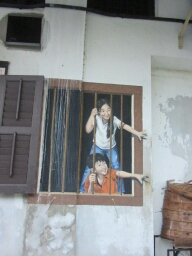 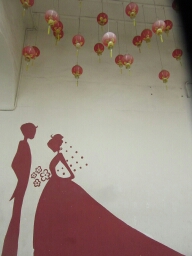 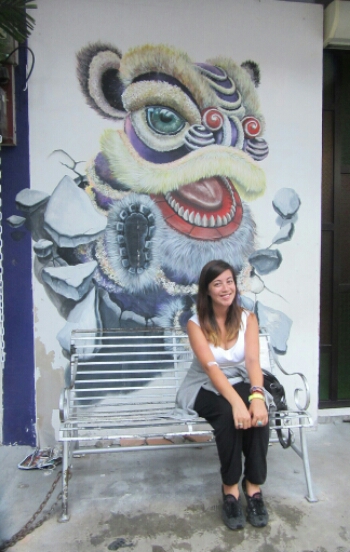 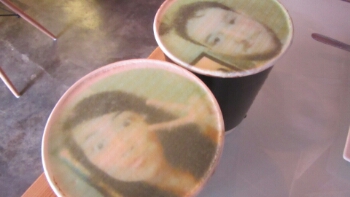 One thought on “Penang – Street art, Selfie Coffee and a visit to the hospital”