My grandfather was a man called Phillip Roger Walton. He was a husband, a father to Barbara and Frank (my father), a Sergeant Major in World War Two and he was also a Brush Maker by trade. 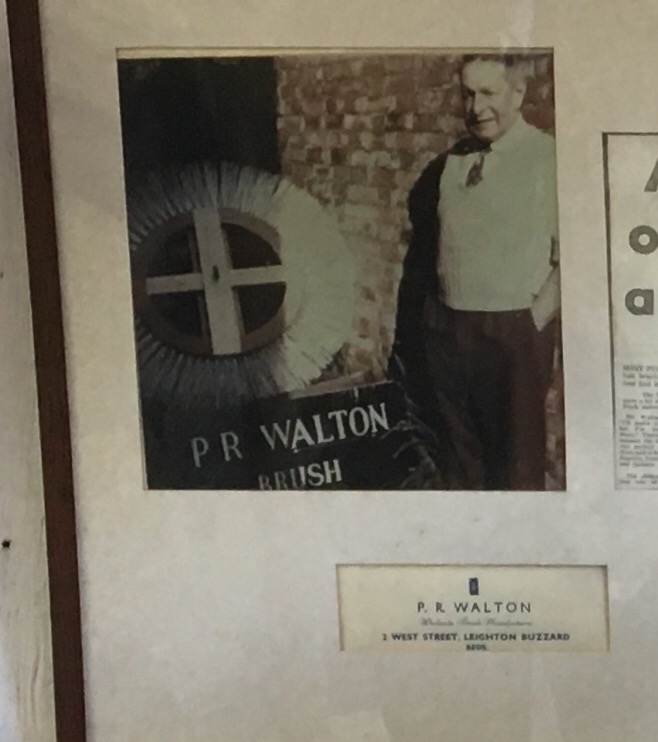 In March 1987 he sadly passed away, and then in November 1987 I was born. So our lives never crossed paths unfortunately so my memories were made up of the stories my Nana told me when I was growing up. How he was a quiet man, but caring and how she missed him whilst he was away at war for 7 years – I always thought it was sweet that her name was Phyllis and he Phillip. As a small child I would visit her home in Leighton Buzzard every Wednesday during the school summer holidays and explore his old empty Brush Workshop, until August 2000. I have very lovely memories of her home, my time with my Nana and the empty workshop in her garden.

17 years later, Saturday 5th August 2017 was my dads 70th Birthday and my brothers and I were discussing in the weeks coming up to it what we could do to celebrate the milestone. We were struggling for a while to find an activity we could all agree on.

My brother Andrew had heard rumours in the family that our grandfathers brushes were displayed somewhere in Bedfordshire, then my other brother Chris found it. Pitstone Green Museum – I couldn’t quite believe what they had found! We saw on the website his name ‘P.R Walton’ in relation to brushwork which confirmed it.

However when I read up on the site, I was disappointed to find that because the museum was run only was only open to the public on the second Sunday of every month as Bank Holidays as it’s run by volunteers. So I eagerly emailed the museum with a very long plea to ask for an exception, and to my surprise they responded and agreed to let us have a look around.

So on the 5th August, on a rainy grey morning we drove down some windy country roads to the village of Pitstone and as we grew closer the clouds parted and the sun started to shine. We pulled into Pitstone Green to be greeted by Norman and Brenda who walked us down and we began here… 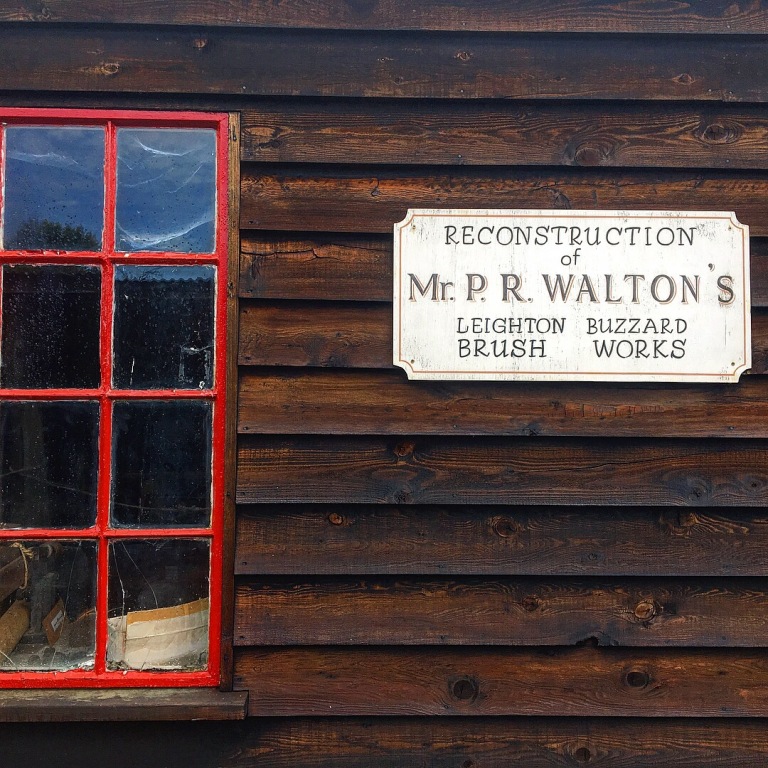 We were all in a state of disbelief when we arrived at the door. We all had the impression we would simply be seeing a workshop set up with lots of tools and equipment but just a few brushes made by my grandfather but instead this room was a  full reconstruction of his workshop – just how he left it in March 1987. Everything in here was his. My heart completely sank, especially when I read the old calendar on display that showed ‘March 1987’, saw his named stationary and his order books in his handwriting – he wrote the same way my nana did and the room smelt the same as I remembered the old Workshop on George Street. There were old machines as well as so many different types of tools and the brushes! Everything in this room used to be his and it’s on display for people to see and learn from, which is extremely special. 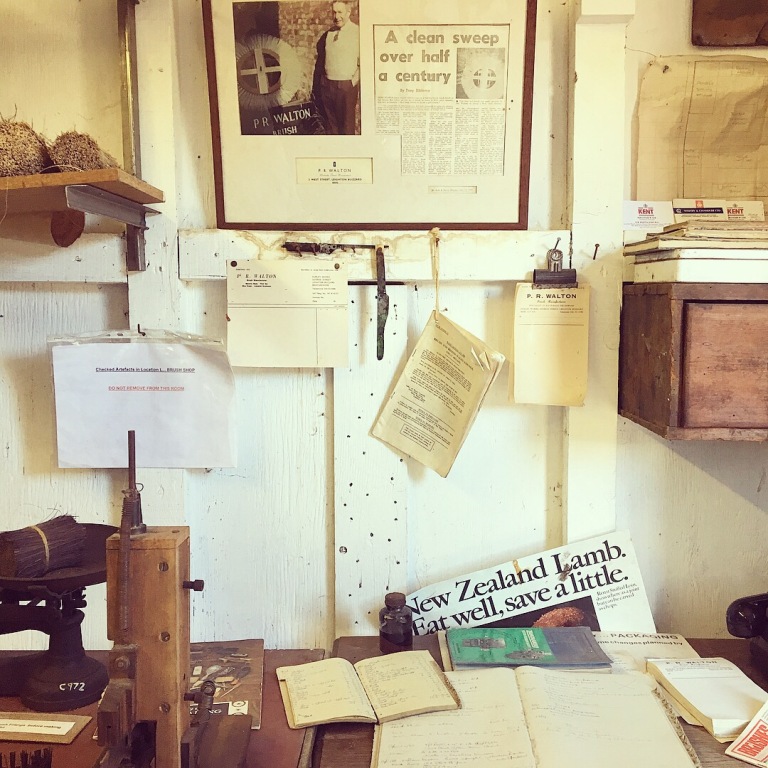 It was an incredible afternoon, my family and I were really happy with what we found here. This museum is special on a personal level but it’s also a lovely place to come as a family. It’s completely run by volunteers and receives no grant or government funding. They just make £2 per child and £6 per adult on the days it is open – which is a bargain! 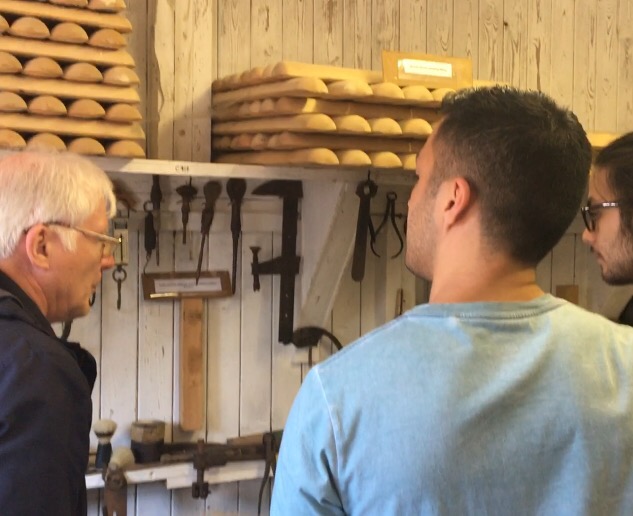 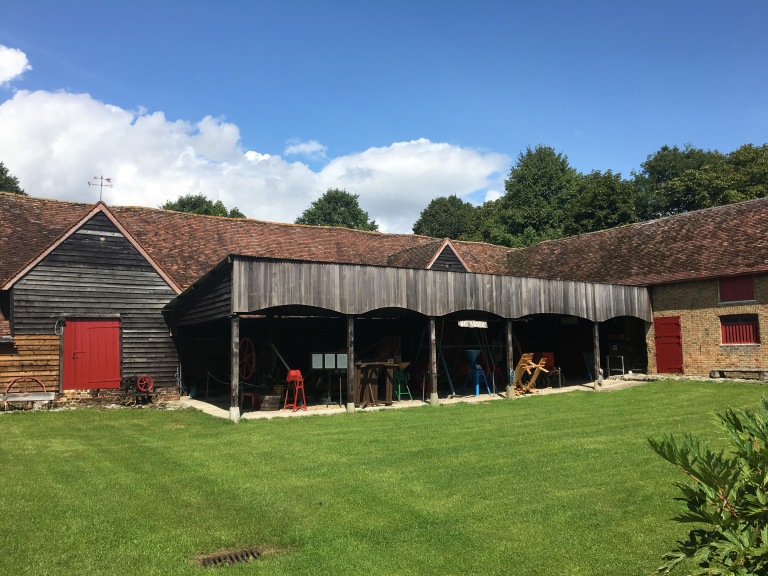 I urge you to visit if you have little ones, are a teacher with a class or if you have an interest in rural history.

A few weeks after my visit the kind volunteers of the museum sent me these beautiful black and white photos that we’ve never seen before which shows him in his old age still making brushes in his workshop. 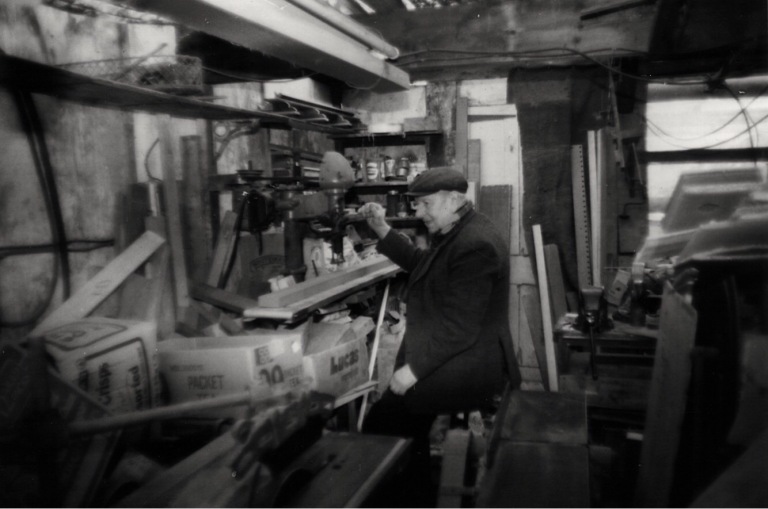 Since the visit my brothers and I have become interested in our family history and have signed up to Ancestry.co.uk where we found that our grandfather was orphaned at a young age and he was the son of  Edgar John Walton and Annie Jane Seabrook. That’s as far back as we know (do now), but apparently the Pitstone area around the museum is known to have many people with the surname ‘Seabrook’.

Thank you so much to Norman and Brenda at Pitstone, you brought my family together for the day, made my dads birthday one to remember and you and the other volunteers have built a very special museum. We will be back! 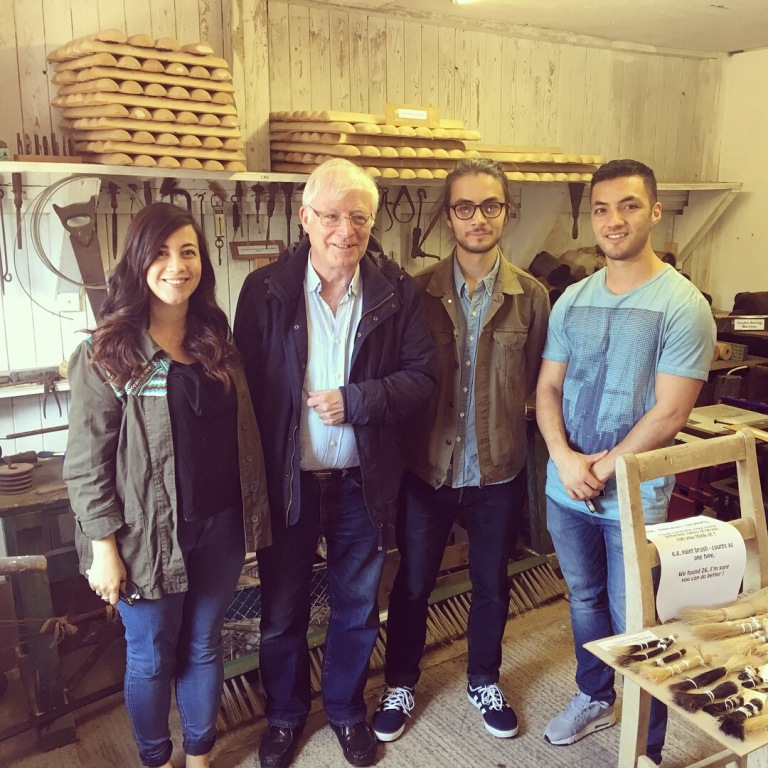