One island. One flat tyre. Three broken down 4 wheel drives and a girl in hospital.

Welcome to Fraser Island brought to you by Pippies.

My initial preconceptions of Fraser island was that it would be a typical island with lots of nice beaches, resorts, overpriced food etc… and I thought a typical standard backpacker tour would be filled with people a decade younger than me, getting drunk all day and attempting the human pyramid at every location. I really have a negative view on organised tours I’m afraid. And it turns out unless you rent a car and have a competent driver (not me) then I tour in the only option. But through all this negativity I am happy to report that Fraser island is simply paradise – it exceeded all my expectations. So let me tell you more… or just look at the pretty pictures.

The tour we booked was organised through Pippies Beach Resort (hostel), you stay at this hostel the night before and after the tour. I’m not going to be too negative but I really did not rate this place or the pre briefing… it was a stressful rushed process which left everyone confused and 100 questions. However, we then met Gaz, our tour guide and honestly the glue holding the tour together! This tour had the potential to be a big flop without him.

So once the group food shop was done, we finally chilled out and got to know each other and other groups.

And we’re off (after signing our lives away, giving over our bank details, checking the cars, watching a video on the island and all the ways you can die in a 4WD, registering car licenses, getting a briefing on driving a 4WD, making packed lunches, packing a 2 night bag, loading cars, health and safety talk on dingo’s).

There were four 4 wheel drive cars in total. Meet Group 4 – all lovely people! 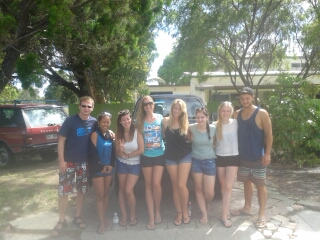 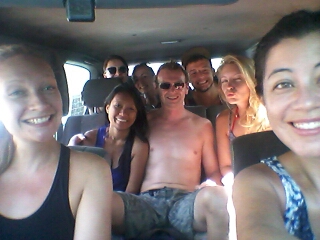 After getting a ferry across to the island what I saw shocked me… The island was empty, it was just miles and miles and miles of sand, sea and mountains. No resorts, no bars, no restaurants, no people sunbathing… this is something I have not seen before and it was wonderful. It was how an island should be but never is. I just figured an island like Fraser would be completely taken over by tourism but apparently there’s a village, and just two small resorts on the island that included camp sites – an act in 1975 made it so that no buildings could be built unless they got planning permission prior to this year. I LOVED this! Australia is full of surprises! This island should stay as it is!! Apparently Catherdrals (the company that owns the land we were camped on) has planning permission to build a big hotel but haven’t used it yet – I hope it stays that way. 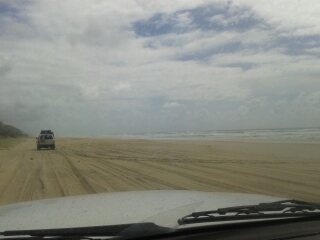 Moving forward (or not)… whilst driving over the sand directly next to the sea, dodging the waves and following the three other cars on the beach we noticed our car was making some very strange sounds until it completely came to a halt. The car wouldn’t move. We thought the car was stuck in sand but when looking under the car big part of the engine had dropped out.

After roughly an hour we had a replacement car. We all found it funny and didn’t let it ruin our day! There are worse places in the world to break down and the beach on a glorious sunny day is not a bad one! 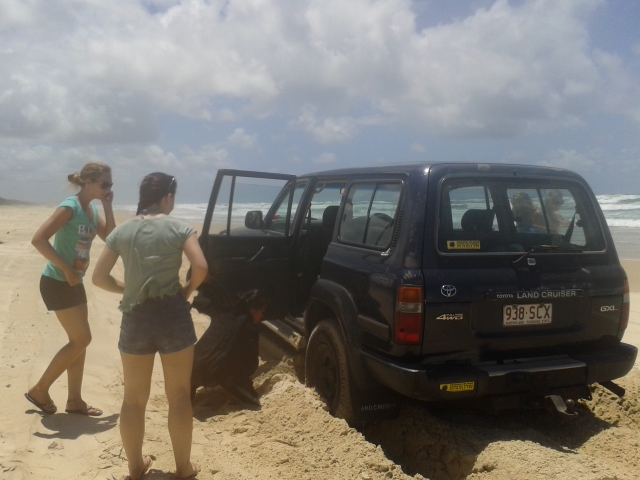 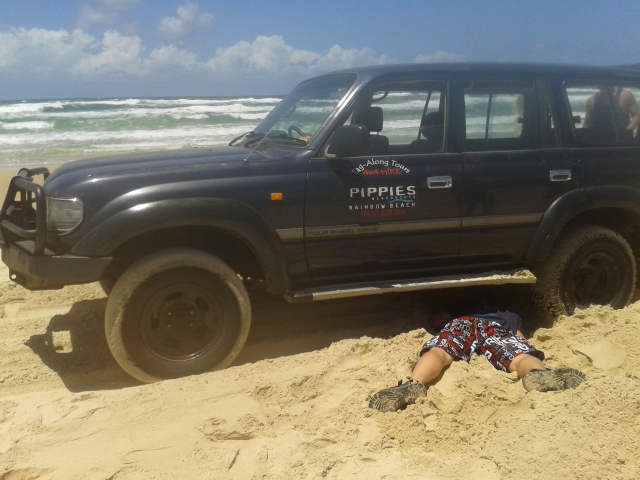 Following this we had lunch and then went to Lake Wabby where we walked through a forest for 20 mins, and then up and across some sand dunes to the lake for a swim. In this lake contained the fish that nips on you to remove dead skin! Free exfoliation!! Brilliant! 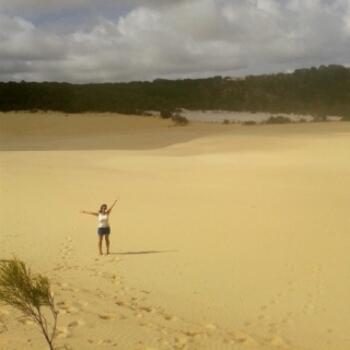 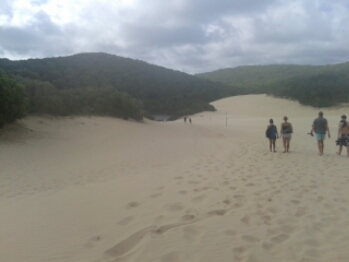 After this we drove to camp which was the other end of the Island so was a bit of a journey but the car rides are actually really enjoyable – bumpy, shakey and often water gets in but it’s a lot of fun especially with a good soundtrack. Anyone with a license takes it in turns to drive and to be honest I was dreading my turn… I had not driven in 4 months and never driven an automatic or carrying
7 passengers. Eeek!!! 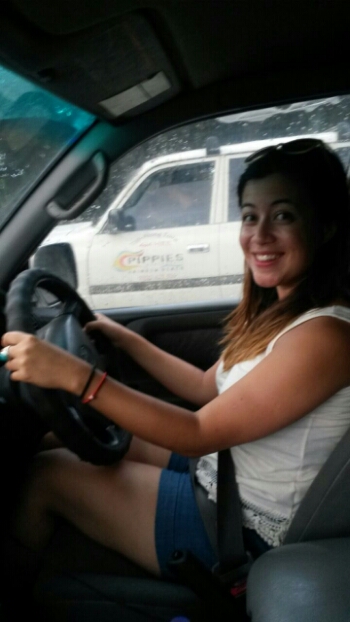 Everyone survived but there were a few sudden stops as I kept mistaking the break for a clutch! Whoopsy! When my turn was over, black smoke started coming from group 2’s car… there’s another car gone.

We then arrived at our campsite, home for the next two nights. All tents were set up and there was a kitchen and social area and the tap let out fresh filtered spring water. Much better than expected and we had a feast of a BBQ that night:

Up bright and early we were off out to explore more of this outstanding island paradise! First stop was the champagne pool where the waves splash over the rocks making tiny bubbles. 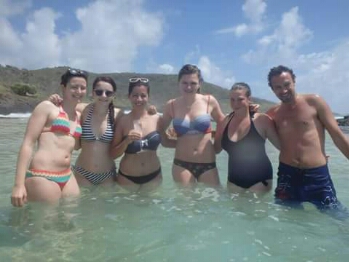 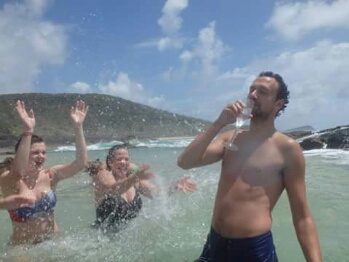 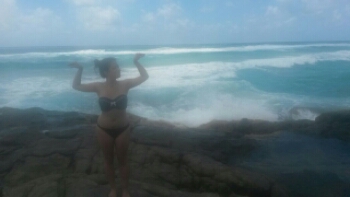 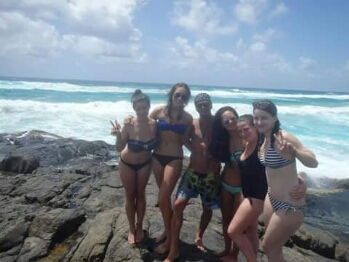 Then we went to a hill view point. 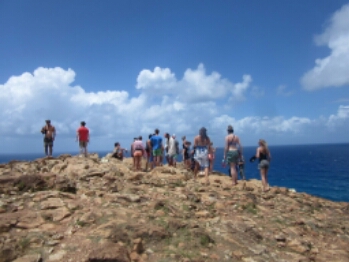 Then drove to a lazy river that we could float down on. But before this point, car three also broke down suddenly.

The day ended with walking to another area of sand dunes to sand surf and watch the sunset. I think it’s safe to say I am cursed, we missed the sunset!!!!! Ah well. I’m sure I’ll see one at some point. What made up for this was the stars you could see at night on the island… I’ve never seen so many in my life. Incredible. 😀 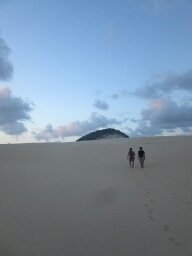 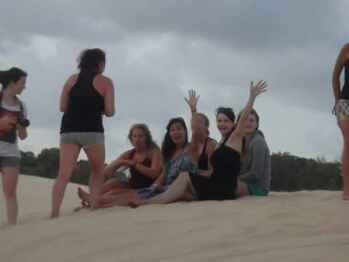 This night sadly a girl’s toe was bitten by a giant ant which flared up so she was transported off the island to a hospital on mainland. She’s alive and well!

The first stop was a ship wreck (Maheno) that arrived in 1939. It was huge but in a few years time in looking to more and more submerged in sand. 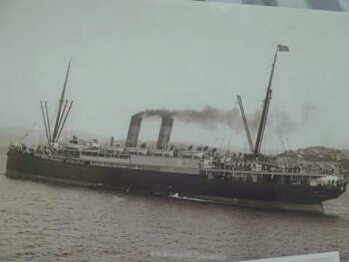 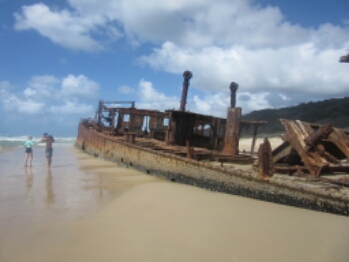 The stop that day was Lake MacKenzie, Gaz had spoke to us the night before about this place. It was a fresh water lake with a mixture of spring and rain water and the silicone sand is so fine that if you wash your hair with it and the fresh water, it strips all chemical products and makes your hair super soft. Free hair treatment? Yes! I also loved that we could swim in water that didn’t make me gag or my eyes burn like the sea does. It also has waves so it feels like you’re at a beach however groups are only limited to two hours here! 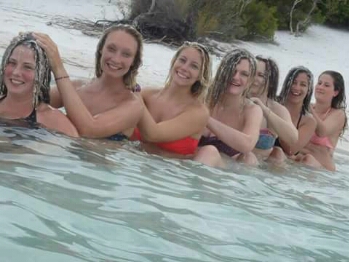 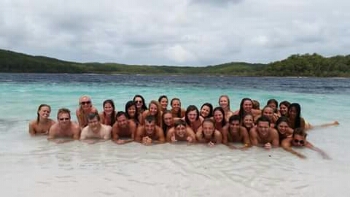 And we couldn’t leave without doing the standard Fraser Island pyramid! 😉 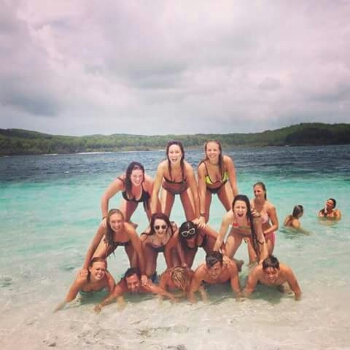 On the journey back to the ferry, as you guessed it… flat tyre! At this point we were very much used to hanging around but our tour guide Gaz was just so hands on and positive through every break down. 🙂

So if you’re in Australia make sure you book a trip to this island. It’s simply a different experience and so well preserved. I’m missing this place and the people already. 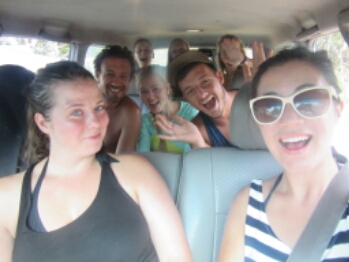 Off to the Whitsundays! 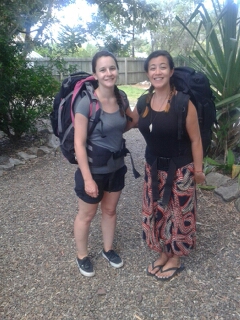