From Melbourne to Sydney Bekki and I boarded a Firefly Night Bus, it was $65 dollars each and took 12 hours and arrived in Central Sydney at 7am. Right on schedule!

I think it’s relevant to express that I was expecting a really good bus overall in comparison to what I’d experienced on my travels so far across Asia. Vietnam buses had small bunk beds, Cambodia had bunk queen beds with Wifi and Malaysia had push back chairs with leg rests so surely Australia was ahead of the game with something new or better for comfort… Sadly not in this case. Such a let down. They had standard seats you could lean back slightly for 10 times the price. Ah well! I slept through most of it and the driver was very informative of when the breaks would be and what the rules were e.g. shoes had to be kept on at all times.

For accommodation in Sydney I couldn’t be more excited to be staying with Alex who I’d met in Hoi An, Vietnam and again in Cambodia. In a short amount of time she’s become one of my best friends and I was so looking forward to seeing her again and meeting her family! Her lovely home was in Miranda, 45 minutes from the city.

After getting a Opal travel Card, arriving at Alex’s home, a meet and greet with Alex’s brothers Ethan and Aiden and then passing out for 3 hours we headed back into the city to meet Alex after she’d finished work. We went for a drink in Glebe at a cute little pub to meet Ellie (another travel friend from Hoi An) and we all went to ‘Friend in Hand’ pub to watch Stand up Comedy. This was just the night I needed – catching up with friends, an intro to the city and some laughter! It was all very normal, again, it was like being back in the UK. I really liked Glebe as a whole – it was simply a street of cafés, bars and restaurants but so close to the city. As we left the pub about 11.30pm cafés and ice cream shops were still open and full of people. Sometimes it’s nice to have other places to go in the evenings other than a bar.

The next day was Bekki and I’s tourist day. We had a map and we had the standard tourist attractions to tick off – Harbour Bridge and Opera House. 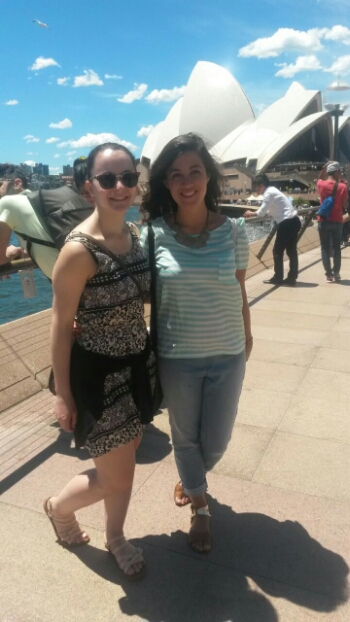 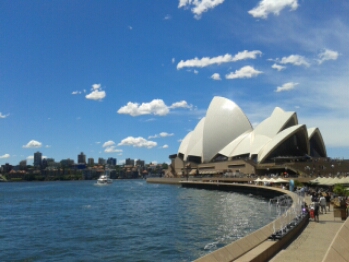 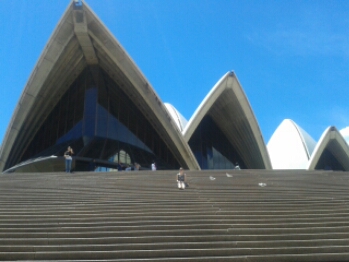 We then took a stroll through the Botanical gardens, saw a few food courts, China Town, Thai Town and the theatre district. The city is so busy and is just a sunny London, but better! And tick, tick, tick in terms of all the standard tourist bits and pieces.

That evening I took a trip to the other end of town for dinner and drinks at Harbourside. I tried Kangaroo for the first time at a restaurant called Meat & Wine Co. Ironically enough I had meat and wine! It was a really lovely evening. 🙂

The following day Alex, Bekki and I headed back into Glebe to go to the Saturday market. This market was like Camden in the UK but for locals – I wouldn’t have known it existed if it wasn’t for Alex. It sold clothes (new & vintage), jewellery, food stalls, live music… I loved this. I decided to waste some money and got my tarot cards read. You’re basically paying for some hope really but it was a nice little chat. The lady Ruth was from Sydney and truly loved this city! One of her predictions was that I would not live in England but she couldn’t tell me where. 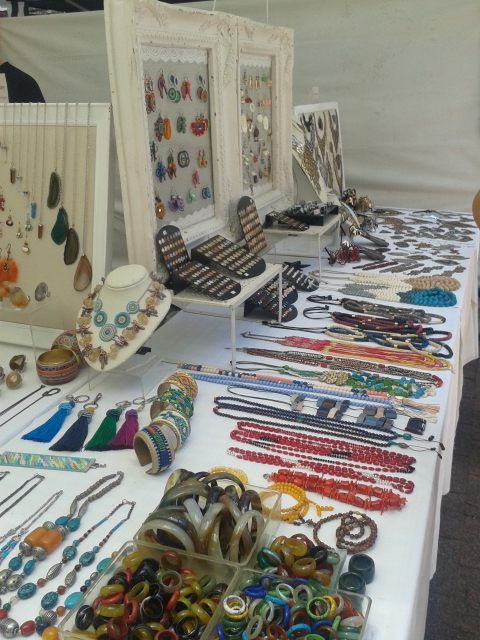 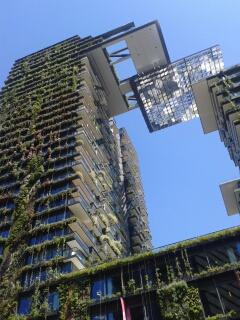 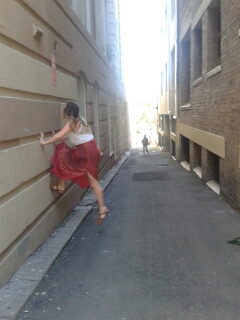 Glebe market was followed by a walk over to Surry Hill and an afternoon sleep in the park (as you do) and ended up at Edgecliff for dinner with Jen! Jen and I used to work with each other in Leicester and she’s now moved here. I’m really jealous. The restaurant we ate at was Chinta and the Mayalsian Beef Randang was sooo much better than what I’d tried in Malaysia. Jen also introduced us to our first ‘Goon’ which is just wine out of a box. This restaurant didn’t have a licence so you pay $3 corkage fee to bring in your own. 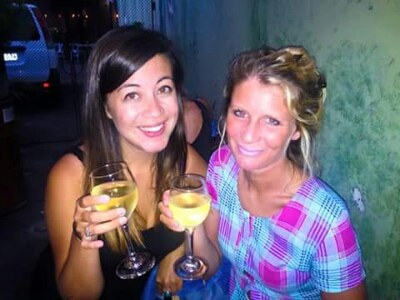 So far it clear that we are going to LOVE Sydney. 5 more days to go!